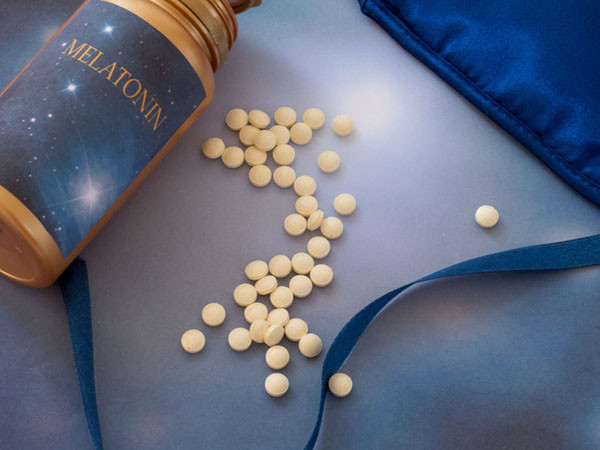 If you are noticing that melatonin supplements seem to be taking up more and more space on your drugstore shelves, or seeing more advertisements on your television for products containing melatonin that promise a great night of sleep, you’re probably right. The Centers for Disease Control and Prevention (CDC) estimates that 70 million Americans suffer from chronic sleep problems. For some of these poor sleepers, melatonin is believed to be a safe treatment option for sleep disturbances, because it is a hormone that is naturally produced by our bodies.

How common is melatonin use in the United States?

To answer this question, a team of researchers examined data from the National Health and Nutrition Examination Survey (NHANES). NHANES is an effort led by the CDC that began in the early 1960s. They survey roughly 5,000 Americans each year, from all around the country. The researchers investigated self-reported melatonin use within the past 30 days. NHANES interviewers were shown the melatonin container to prove they were taking the supplements in 93.9% of study participants who reported melatonin use. Recently published findings in JAMA noted that in 1999, 0.4% of adults (20 years of age or older) reported using melatonin. In 2017 this number more than quadrupled, to 2.1% of adults using melatonin.

For short-term use, melatonin use is considered fairly safe for adults. People typically can expect mild adverse effects, such as dizziness, drowsiness, or a headache. It is also possible that melatonin supplements can interact with several medications, including those prescribed for birth control and diabetes. It is important to note that studies involving melatonin are typically conducted in formal research settings, where the purity and dosage of the supplement are verified.

For consumers who purchase melatonin at their local pharmacy or grocery store, there is reason for caution. Melatonin is considered a dietary supplement by the FDA, not a prescription drug. This is different from countries like the United Kingdom, where melatonin is prescribed. In the US, the manufacture of prescription pharmaceutical products is regulated by the FDA, with clear standards for consistency and quality assurance. While melatonin manufacturers and distributors are expected to meet FDA standards, there is not a systematic process to ensure that the melatonin you purchase is exactly what it claims to be.

In 2017, researchers from the University of Guelph systematically analyzed 31 melatonin supplements that were purchased from local stores. What they uncovered was troubling: compared to the label on the bottle, melatonin content varied from 83% less than what was written, all the way up to 478% more than what was labeled. The researchers explained that they anticipated some samples may have decreased melatonin content because of known degradation and stability issues, but they struggled to explain why so many samples had more melatonin.

Why do pediatricians sometimes recommend melatonin for children?

Melatonin is sometimes viewed as an appealing option for families with children under the age of 18, because there are no FDA-approved pediatric medications for insomnia. In fact, in a 2012 national survey, it was the second most commonly used non-vitamin/non-mineral dietary supplement among 4-to-17-year-olds in the US. Studies have shown that there are some pediatric groups who may benefit from supplemental melatonin, including children with autism spectrum disorders. However, it is noted that there is not enough data available on the safety of long-term melatonin in children.

When should adults use melatonin?

In the context of sleep, the use of melatonin supplements plays an important role as a chronobiotic (a drug that shifts biological rhythms) rather than as a soporific agent — a drug designed to induce sleep, like zolpidem (Ambien). The prevalence of melatonin use greatly exceeds the data demonstrating that it is effective for the sleep disorder that people often use it for: insomnia. It is important that people struggling with their sleep first consult with their doctors, and consider seeing a sleep expert, before making any decisions about sleep medications or over-the-counter supplements such as melatonin.